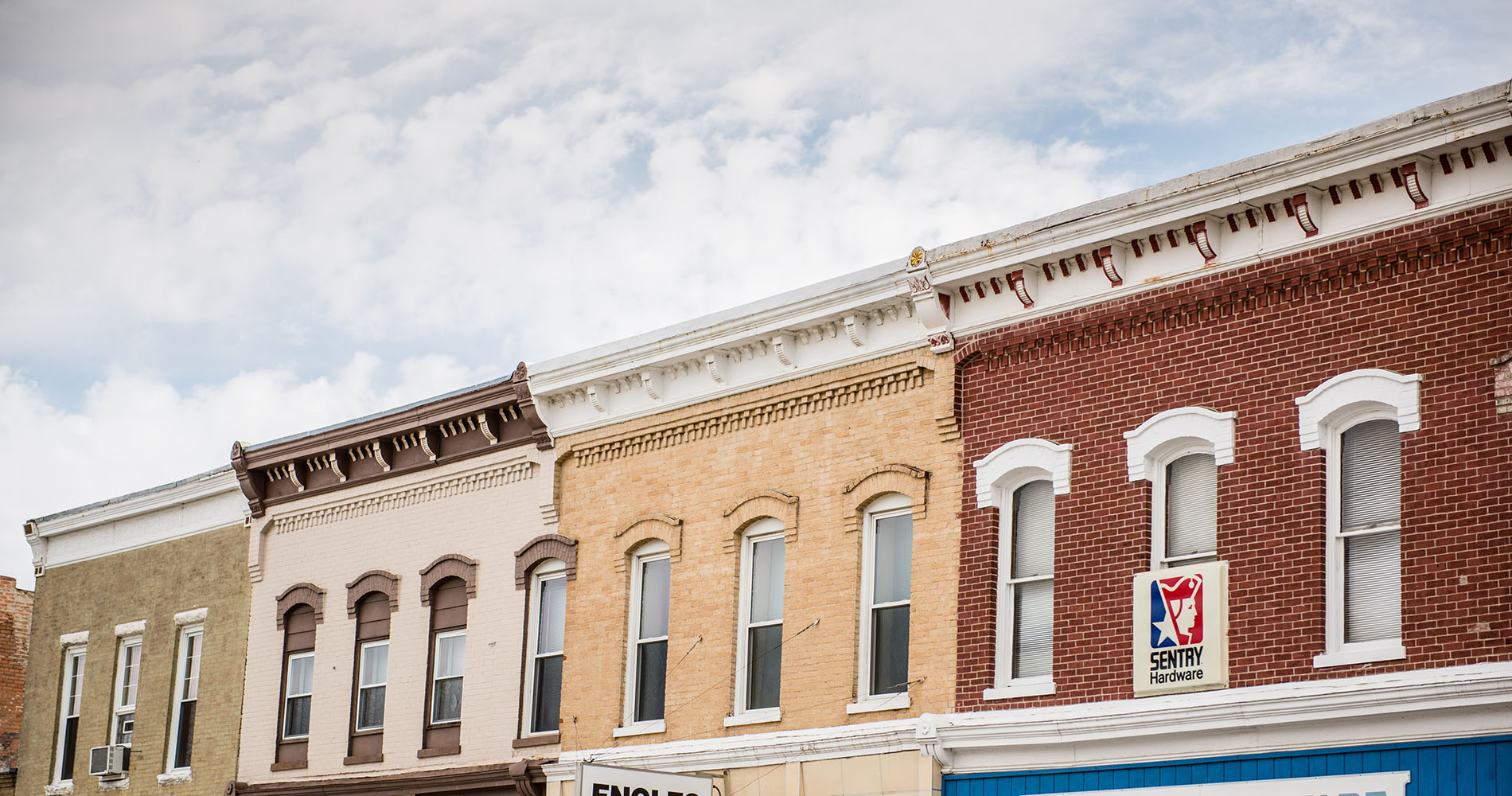 Auburn was created in 1882 through the merger of two adjacent, competing railroad towns. Sheridan, initially established in the 1860’s, was threatened with abandonment in 1881 when the Burlington & Missouri Railroad (B&M) bypassed the existing town to build its own town, Calvert, only one mile to the south. The survival of towns during this era was dependent on the railroads. Sheridan, with the help of politician Church Howe and businessman Charles Nixon, attracted the Missouri Pacific Railroad (M&P) who built their depot less than a year later on the north side of Sheridan. Sheridan and Calvert subsequently merged in order to gain support for the acquisition of the Nemaha County seat. As a compromise, Courthouse Square was situated halfway between the two towns. Starting in the mid-1880’s, with two depots and the County seat, Auburn began to grow in a regional center for commerce. 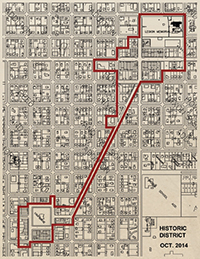 There are five (5) structures currently listed on the National Register of Historic Places:

On July 13, 2012, the City of Auburn created the Historic Preservation Commission, which would have principal responsibility for matters Of historic preservation Of the City. On October 8, 2012, the Commission became a Certified Local Government (CLG). July 14, 2014, the Auburn Historic District was officially listed on the National Register of Historic Places. On November 10, 2014, the Auburn Historic District was officially designated as a Local Landmark in the City Of Auburn.

This document was prepared by the City of Auburn. The completion was funded in part with the assistance of a federal historic preservation fund grant from the National Park Service, a division of the United States Department of the Interior. However, the contents and opinions expressed in this publication do not necessarily reflect the views or policies of the U.S. Department of the Interior. Regulations of the U.S. Department of the Interior strictly prohibit unlawful discrimination on the basis of race color, national origin, age, or handicap. Any person who believes he or she has been discriminated against in any program, activity, or facility operated by a recipient of federal assistance should write to: Director, Office of Equal Opportunity, National Park Service, 1849 C Street NW, Washington, D.C. 20240.